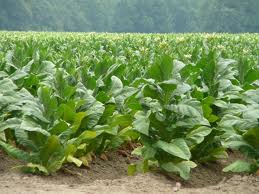 Tobacco smoking first reached Australian shores when it was introduced to northern-dwelling Indigenous communities by visiting Indonesian fishermen in the early 1700s. British patterns of tobacco use were transported to Australia along with the new settlers in 1788. Among free settlers, officers and convicts, tobacco smoking was widespread and in the years following colonisation, British smoking behavior was rapidly adopted by Indigenous people as well.
In the earliest days of the colony the tobacco supply was unreliable and usage among convicts, in particular, was restricted, but by the early 1800s tobacco was an essential commodity routinely issued to servants, prisoners and ticket-of-leave men (conditionally released convicts) as an inducement to work, or conversely, withheld as a means of punishment. Home-grown tobacco was outlawed after initial plantings, since producing food for the new colony was deemed a priority. Illegal crops continued to flourish, however, and in 1803 tobacco growing was sanctioned once more. According to a contemporary observer in 1819, 80 or 90% of male labourers were smokers.
In contrast, few European women smoked; those who did being convicts, prostitutes and members of the serving underclass, continuing a practice learned in English prisons; or according to later folklore, ‘stout-hearted’ characters working in areas of male-dominated employment or living by their wits in the bush.
Pipe smoking was the most common means of tobacco consumption in the 19th century, with imported leaf coming from Brazil, and later, North America, to supplement the local produce. The habit of chewing plug tobacco, which was popular in the United States of America, was never more than a minority behaviour in Australia.
Partially machine- and handmade cigarettes were first developed in England in the mid-1800s, and totally mechanised production was possible by the 1880s. Although initially dismissed as effeminate by some and as the choice of dandies or larrikins by others, the comparative cheapness and convenience of mass produced cigarettes changed the way Australians smoked forever. The cigarette became ubiquitous in the trenches of the First World War, during which more than 60% of tobacco donated to the Allies on the Western Front as part of their rations arrived in the form of cigarettes. Consumption levels by the Allied Armies also increased dramatically, escalating by up to 70% compared to levels used pre-war.
Meanwhile attitudes towards smoking among women had begun to change as well. While clandestine smoking may have been indulged in by the avant-garde and the fashionable prior to the First World War, the changes in society during the 1920s brought female smoking into the open, and in the following decades advertising began specifically to target women. The increasing engagement of women in the paid workforce, particularly with the outbreak of the Second World War, led to greater social and financial freedom for many women, which in turn fuelled higher smoking rates. By the end of the war, more than a quarter of Australian women were smokers, along with almost three quarters of adult males. Although the second half of the 1900s brought confirmation that tobacco use is a major cause of death and disease, female smoking continued to increase, peaking at one third in the mid-1970s, by which time smoking in males had begun to decline.