I had a client the other day who phoned me to enquire about quitting smoking. During the conversation he said that his wife really wanted him to quit smoking cigarettes. 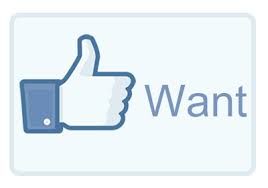 This was like a red light to me so I asked him did he want to quit smoking or was it his wife that wanted him to stop smoking. When I asked this there was a long pause before he answered which said it all.
His answer was that he thought he should stop smoking cigarettes as his wife did not like it and wanted him to stop. For a person to be successful in stopping smoking they have to want to stop. It will not work if someone else wants you to quit smoking and you do it for them.
Everybody needs to quit smoking but the big question is do you want to? Is your want greater than your need?
After a bit more conversation the potential client admitted that he liked smoking cigarettes and in fact saw it as something that was his and not anybody else’s. He was never going to quit with that state of mind.
My advice to him was to go away and when he felt that he wanted to quit then contact me again.
YOU HAVE TO WANT TO QUIT FOR IT TO SUCCEED!!