Scientists have found in the last few years that nicotine may be an effective drug for relieving or preventing a variety of neurological disorders, including Parkinson’s disease, mild cognitive impairment (MCI), Tourette’s and schizophrenia. It might even improve attention and focus enough to qualify as a cognitive enhancer. These results have been found when nicotine has been delivered to the body as a patch or a gum and not by cigarettes or chewing tobacco. 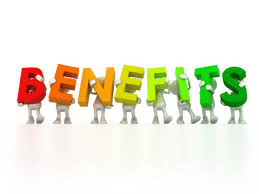 One of the biggest uses for nicotine has been for quitting smoking and in fact it has been found that nicotine for this is a dismal failure. In January 2012, a six-year follow-up study of 787 adults who had recently stopped smoking found that those who used nicotine replacement therapy in the form of a patch, gum, inhaler or nasal spray had the same long-term relapse rate as those who did not use the products.

The first hint of nicotine’s curious benefits came from a study published in 1966 by Harold Kahn, an epidemiologist at the National Institutes of Health. Using health insurance data on 293,658 veterans who had served in the U.S. military between 1917 and 1940, Kahn found the kinds of associations between smoking and mortality that had already become well known. At any given age, cigarette smokers were 11 times as likely to have died of lung cancer as nonsmokers, and 12 times as likely to have died of emphysema. Cancers of the mouth, pharynx, esophagus, larynx — on and on. But amid the lineup of usual suspects, one oddball jumped out: Death due to Parkinson’s disease occurred at least three times as often in nonsmokers as in smokers.

Nicotine increases levels of dopamine, a neurotransmitter essential for boosting attention, reward-seeking behaviors and risk of addictions, from gambling to drugs. Dopamine also helps control movement. Nicotine receptors in the striatum, the comma-shaped structure near the center of the brain where movements are planned and controlled, are located near the terminals that regulate and emit dopamine. Even a small dose of nicotine can stimulate the release of dopamine in the striatum, putting the brakes on movement that otherwise would go uncontrolled. And that effect suggests why nicotine could help treat Parkinson’s disease.

Nicotine has separate mechanisms by which it may protect brain cells, aside from its influence on dopamine. One of the functions of nicotinic receptors is to moderate the entry of calcium into cells. The presence of nicotine increases the amount of intracellular calcium, which appears to improve cellular survival.

Nicotine may also have an antioxidant effect, serving to mop up the toxic free radicals produced as a by-product of metabolism, thus protecting the brain.

Other studies suggest that nicotine may be effective at enhancing attention Even people without any diagnosed disorder might benefit from nicotine. Psychologist Jennifer Rusted of the University of Sussex in Britain calls the drug “the most reliable cognitive enhancer that we currently have.” In addition to improving visual attention and working memory, nicotine has been shown by Rusted to increase prospective memory: the ability to remember and implement a prior intention. (When your mother asks you to pick up a jar of pickles at the grocery store on the way home, she’s saddling you with a prospective memory challenge.

As with anything in life there is a positive and a negative side. Nicotine has a negative connotation as it is associated with smoking cigarettes. We can now see that there are great possibilities for nicotine when not administered by cigarettes to have very positive effects.

Previous Does smoking cigarettes help with stress and anxiety?
Next I just can’t Quit!