I had a client the other day for quit smoking cigarettes that burst into tears when I asked him if he really wanted to quit smoking. He said that he did but he was afraid that he would fail. He had tried in the past and he had failed. 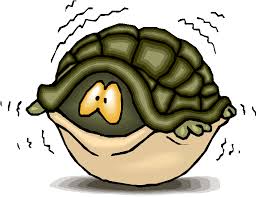 Many people who come to see me have failed to quit smoking and then succeeded. The point is that you do not need to be a victim of your history. So called failure is just feedback and you learn from feedback. If you look at your life you will see that you learn from so called failure. I always remember Richard Branson saying that he was where he was because he had failed more times than most people.

If you look at life it is comprised of just as many successes as so called failures. The feedback from not quitting is about finding a way that works for you and making sure that you are ready to quit smoking. Quite often people turn to hypnosis after trying numerous ways to quit, it’s just the journey to quitting smoking.

An important part of quitting smoking, in fact it’s important in everything, is your mindset. You get what you think about. If you think that you will fail, then you will fail! It is really important to have the right mindset with anything that you are doing, whether it is to stop smoking, losing weight or just life in general.

You get what you think about!

To find out more go to www.transformyou.com.au

Previous I just can’t Quit!
Next Be grateful for what you have