Studies suggest that smoking with waterpipes, also referred to as shisha and hookah, may be associated with even greater toxin exposure because sessions are longer and involve more and larger “puffs,” leading to smoke inhalation as much as 100 times higher than that associated with cigarette smoking.

“Electronic cigarettes may be moderately effective in helping smokers quit, but they need the same marketing restrictions as cigarettes to avoid uptake by young people and non-smokers,” said Professor Joep Perk.

The ESC advocates regulation of electronic cigarettes as a tobacco and medical product in the European Commission’s Tobacco Products Directive. Scientific evidence shows that even cartridges labeled as containing “no nicotine” may contain nicotine and other toxic substances; additionally, findings show that flavours such as vanilla or chocolate attract children. 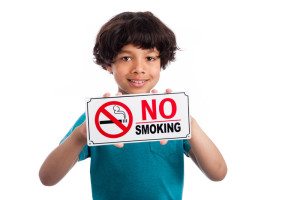 Tobacco use among adolescents is increasing, and in some countries (e.g. the Czech Republic, Latvia, Lithuania), tobacco use among youth is very similar to that among adults.

Prof. Perk highlighted the importance of intervening before teenagers begin to smoke, saying, “I would compare it with a fire in a hay barn. In the beginning, it smokes a little but in the end the whole thing goes up in flames. If you start smoking in your teens, you won’t suffer immediately, but you start a process of vascular damage that you will have to pay for later in life. It’s the worst thing you can do to your health.”

He added: “The job of parents as role models and educators has not been underlined strongly enough. Parents are responsible for their kids, and can’t give up on them when they become teenagers. A 12 year old who starts smoking also begins the process of atherosclerotic disease with inflammation in the vascular wall. Parents need to be very strict and prohibit smoking, because we know it is so damaging to health.”

Prof Perk continued: “The tobacco industry knows how to infiltrate youth activities by promoting cigarettes during rave parties and at discos. This is unacceptable, and we need stricter controls. Legislative measures on packaging along with restricting sale of tobacco products to under-18s and forbidding smoking in public places including school yards is essential.”

The ESC is lobbying for the protection of young people in the Tobacco Products Directive through banning flavours, avoiding trademarks or promotions and instead introducing plain packaging, displaying health warnings on 75 percent of the back and front surfaces of packages, introducing age verification systems for retailers with large economic penalties for those who fail to comply, and requiring medicine authorisation for all non-tobacco, nicotine-containing products.

Passive smoking is also deadly. A non -smoker living with a smoking spouse has an estimated 30 percent higher risk of cardiovascular disease; exposure in the work place poses similar risks.

Prof. Perk said, “There are so many studies now confirming that passive smoking carries a significant risk for cardiovascular disease. This includes secondary smoke from all sources including the waterpipe.”

He concluded: “Smoking of all types is the No. 1 villain in the battlefield of cardiovascular disease prevention. Smoking is two times more significant for heart attacks on a population level than nutritional habits, physical activity and other risk factors. Countries that want to reduce heart attacks should get rid of smoking before even thinking about anything else.” This evidence alone should make you think seriously of quit smoking.

Provided by European Society of Cardiology

Previous I feel like an outcast!
Next Quit Smoking – Now What?