These days it’s getting harder and harder to smoke. Not only are there regulations on where you can smoke but society itself regards smoking as seriously anti-social. 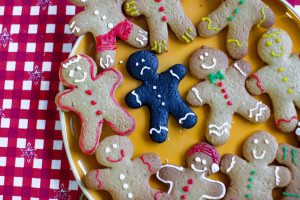 More and more people are shying away from people that smoke, almost as if they are outcasts. This attitude is having an impact on smokers in two ways;

Although smoking is a bad habit I don’t always agree with the way society is dumping on smokers. At times it is almost a bit of a witch hunt with some reformed smokers being the worst.

If you have chosen to smoke that is your choice and I believe that that should be respected provided that you are not endangering others with your habit. On the whole smokers are quite considerate and the inconsideration often happens because of ignorance about their habit.

Let me explain. A vast majority of smokers do not really understand the dangers of second hand smoking. They do not realise that nicotine is released into the air when they smoke a cigarette. This nicotine is deposited on their clothing and surfaces nearby. When touched the nicotine passes through the skin into the bloodstream.

Education about nicotine is not helped when you can buy nicotine across the counter. Nicotine is extremely poisonous and it interferes with blood circulation yet nobody takes the time to educate people about the dangers of nicotine.