When tobacco is smoked nicotine is released into the air. This nicotine is then deposited on the clothes and surfaces near the smoker. If you want to see this take a picture off of the wall of a house where smoking is done indoors. 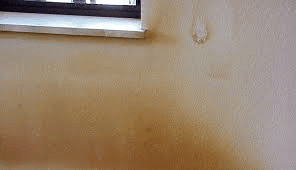 So what’s the big deal with this? Nicotine is easily absorbed through the skin and when it is it has the same effect as smoking it. In other words it is the equivalent of second hand smoking; it has the same adverse effects of smoking.

Just imagine picking up a young child after smoking. The nicotine on your clothes goes straight through the child’s skin and exposes them to the effects of second hand smoking.

In a lot of places smoking is now banned in shopping centres and public buildings. This is a good move but when you leave these buildings you often have to walk through a cloud of smoke from the smokers outside. Once again you are subjected to second hand smoke which is just as dangerous as smoking a cigarette.

As a smoker no matter how careful you are there will be times when you subject people to second hand smoking. Although it may not be a big motivator to quit smoking it is an additional one to stop smoking cigarettes, especially if you are around young people.

Previous Do you subconsciously want to quit smoking?
Next I feel like an outcast!