Here is a brief review of some of the research evidence on the effectiveness of hypnosis for quit smoking:

Of 43 consecutive patients undergoing this treatment protocol, 39 reported remaining abstinent from tobacco use at follow-up (6 months to 3 years post-treatment). This represents a 90.6% success rate using hypnosis. 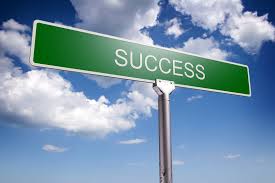 87% Reported Abstinence from Tobacco Use With Hypnosis

A field study of 93 male and 93 female CMHC outpatients examined the facilitation of quit smoking by using hypnosis. At 3-month follow-up, 86% of the men and 87% of the women reported continued abstinence from smoking cigarettes using hypnosis.

81% Reported They Had Stopped Smoking After Hypnosis

Thirty smokers enrolled in an HMO were referred by their primary physician for treatment. Twenty-one patients returned after an initial consultation and received hypnosis for quit smoking . At the end of treatment, 81% of those patients reported that they had stopped smoking, and 48% reported abstinence at 12 months post-treatment.

Study of 71 smokers showed that after a two-year follow up, patients that quit smoking with hypnosis were twice as likely to remain smoke-free than those who quit on their own.

Hypnosis is the most effective way of stopping smoking, according to the largest ever scientific comparison of ways of breaking the habit. A meta-analysis, statistically combining results of more than 600 studies of 72,000 people from America and Europe to compare various methods of quitting smoking. On average, hypnosis was over three times as effective as nicotine replacement methods and 15 times as effective as trying to quit alone.

University of Iowa, Journal of Applied Psychology, How One in Five Give Up Smoking. October 1992.

Previous What is hypnosis?
Next Quit Smoking = Less Stress