I was talking to a friend of mine who was trying to decide if he should move from a small town he lives in to a big city. He was saying to me do I move, or don’t I move. 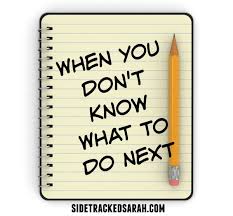 There was a silence and he said, you know I haven’t done that. He then went on to say that he would probably be financially better off staying where he was. I then asked him to write a list of all the positives and negatives of moving. Considering both sides.

He had fallen into the trap that most of us do when faced with a big decision, we make it based on emotion. When we make a decision based on emotion it clouds our mind and we tend to only look at the negative or positive.

Everything in life has both a positive and a negative aspect. When we look at something from too much of a positive or negative we create emotions. Emotions cloud your mind and make it much harder to reach a decision.

When you have a decision, such as quitting smoking it is wise to consider both the negatives and positives of the decision. This takes the emotion out and enables you to have a more balanced view of the decision.

Interesting enough my friend decided to stay where he was as financially he was better off, and this outweighed the positives of moving.

Previous And the winner is..
Next What’s holding you back?