Recently I received a message from someone that had come to me to quit smoking. The message read, I’ve failed I’ve started smoking again can I come and see you again. I feel like such a failure.

So let’s look at this and in particular the word, fail. 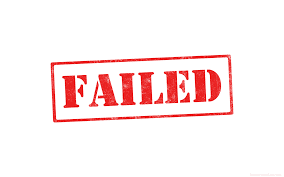 The biggest problem with smoking is that the subconscious associates the habit of smoking with safety and survival. Let’s face it these are very powerful urges. Smoking cigarettes allows us to initially fit in and by being part of a group it means that the chances of survival are much higher.

As advanced as we think we are we still operate at a deeper level of past programming.So how do we help someone who has gone back to smoking after a session of hypnotherapy. Simple! After making sure the person really wants to quit smoking we do another hypnosis. This hypnosis is called a reframe, it’s called a reframe because it reframes the same techniques to quit smoking as before. In other words we give suggestions to the unconscious in a different way.
This is exactly what we did with this person and I’m happy to say that it is now a year since this person came back and he is still a non-smoker.

Previous What’s holding you back?
Next Learn How To Prevent Relapse