I had a client come to see me for quit smoking. Before we started I was careful to explain that you have to engage for the process to succeed. In other words, you have to accept all suggestions and act on them. 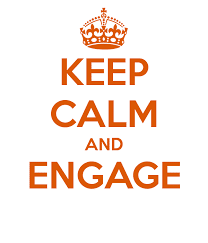 Not long into the hypnosis session I noticed that she was just closing her eyes but not accepting the suggestions that I was giving her. I stopped the session and then asked her what was going on for her. She told me that she was consumed about the recent death of a friend and was finding it very hard to focus on what I was saying.

These thoughts were preventing her from focusing on what I was saying and acting on them. With this happening there was going to be little chance that she would stop smoking cigarettes. I suggested that we stop the session and that when the death of her friend was not so fresh in her mind she could come back.

I’m happy to say that she came back a few weeks later and that she was successful in quitting smoking cigarettes.
This illustrates that when you use hypnosis to quit smoking make sure that you are in the right mindset to accept, focus and engage in the process.

Previous Learn How To Prevent Relapse
Next Are You a Good Role Model for Your Children?