I had a client recently who came to me to quit smoking. He had been smoking for 50 years and was smoking 40 to 50 cigarettes a day.
When I asked him if he thought that smoking cigarettes controlled him he replied, no. This really puzzled me because he was spending hours and hours every day smoking.
So, then I asked him: if cigarettes don’t control you, what do you reckon is stopping you from quitting smoking?  Easy, He replied,  because I didn’t want to.

Two things immediately came to mind when he said this: 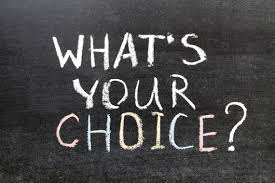 Quitting is a Choice

1. How could he think that smoking didn’t control him?
2. He had to get to the point where he wanted to quit smoking.

Let’s look at these two points. This man was smoking 40 to 50 cigarettes a day, his life revolved around smoking cigarettes and yet he didn’t think that it controlled him. It wasn’t that he didn’t think that it controlled him, he just hadn’t thought about it. That’s not surprising when you consider that most of his smoking was done unconsciously.
His smoking habit had become such a part of his life that he didn’t think about it, it was part of who he was. In these circumstances, it is vitally important that you replace the habit of smoking cigarettes with another healthier habit.
The biggest point that was made is when my client said he had to want to. This is the secret to quitting smoking. In fact, it is the secret to anything, you must want to. To succeed in anything, you have to want the result.
So, if you want to quit smoking and I mean if you really want to hypnosis is the quickest and fastest way to do it. Give me a call and I’ll explain all about it.

Previous Quit Smoking, Lose a Friend
Next I really want to