When most people think of hypnosis they think of stage shows or television shows. The hypnotist in those shows is usually very good and entertaining. 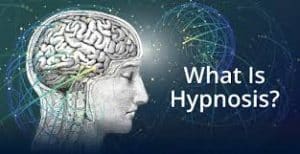 When people think of hypnotherapy they tend to think of it as the same as hypnosis. Whilst hypnosis can be used for entertainment it can also be used for therapy, hence the word hypnotherapy.

The easiest way I know to be hypnotised is to watch TV. You know when you are watching your favourite show, the stuff around you becomes some of the background and you don’t really pay attention to it. TV knows all about this and that is why they change the tone of the adverts. They know you are in a light trance and when you are in a light trance you are more accepting.

Hypnosis allows us to move the conscious mind, the questioning part, to one side and then to give suggestions directly to the unconscious mind. This is why hypnosis can be used very quickly and effectively to deal with things such as quit smoking, anxiety, stress, depression, PTSD, phobias, pain and many other things.

If you are suffering from the above why not consider hypnosis? As I have said it is quick, effective and you don’t have to restore to drugs.

Previous And the winner is..
Next Quit Smoking Worldwide