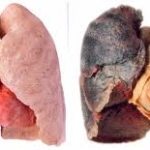 At Quit Smoking in 60 Minutes in Capalaba I have been carrying out my own survey on the effect of the horrible pictures that they put on cigarette packets and the cost of smoking. Both these measure have been implemented to reduce the number of people that smoke.
In almost 100% of people that I have surveyed the picture on the pack has made no difference at all. I ask people if they know what the picture is on the pack and does it make them want to give up. In just about all cases the person does not know what the picture is and it does nothing to get them to stop smoking. There are even cases where people are buying cases for their cigarette packets so that the picture can be hidden. When the new plain packs came out there were a few people that came to me to quit because of the picture but that has completely stopped now. When you want to do something you will do it, most smokers are aware that smoking will destroy their health yet they still smoke. Putting horror pictures on cigarette packs will not stop people from smoking.
The cost of smoking here in Australia is very high yet people still smoke. It does not matter what your economic circumstances are you will still find money to smoke. Most people do not know what their smoking habit costs them and they do not really want to know. It’s often the people that really cannot afford to smoke that smoke the most. Cost is a factor but it is not a big factor to get people to stop smoking.
It seems to me that instead of aiming at smokers to stop smoking the best policy is to educate people not to smoke. Instead of spending vast amounts on pictures and horror campaigns, spend the money on education. Raising the cost of smoking does not stop people from smoking; all it does is give the government more revenue. Maybe this revenue can be set aside to educate?