One of the biggest reasons why people want to quit smoking is health, in particular the fear of lung cancer from smoking. 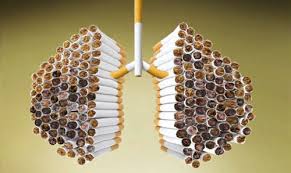 Lung cancer causes more than one million deaths globally each year, including 6000 deaths in Australia – more than any other type of cancer.
There have been only slight improvements in lung cancer survival in the past 25 years. Research into lung cancer is focused on developing new ways to detect and treat lung cancer through a better understanding of its biology.
lung cancer researchers are now focused on:
• Understanding how normal lung cells develop, to determine what goes wrong when lung cancer develops.
• Establishing new systems in which to study lung cancer biology and therapy.
• Developing new approaches to treating lung cancer.
What causes lung cancer?
Lung cancer occurs because of genetic changes in lung cells. These occur more frequently in people exposed to DNA-damaging agents such as tobacco smoke.
According to The Walter & Eliza Hall Institute of Medical Research people who smoke are 10 times more likely to develop lung cancer than non-smokers.
Smoking accounts for 30 percent of all cancer deaths and 87 percent of lung cancer deaths; the risk of developing lung cancer is about 23 times higher in male smokers compared to non-smokers; smoking is associated with increased risk of at least 15 types of cancer (lung cancer central).
What is lung cancer?
Lung cancer is the abnormal, uncontrolled growth of lung cells. This is caused by changes to their genetic material. Different types of lung cancers arise from different cell types within the lung. The process by which this occurs is poorly understood.
Most lung cancer types are classified by their microscopic appearance. These include:
• Small cell lung cancer
• Non-small cell lung cancer: squamous cell carcinoma, adenocarcinoma and large cell carcinoma.
Other types of cancer can also occur in the lung. Some of these are rare types of cancer that arise from lung tissue.
Of lung cancers in Australia,
• Around 10 per cent are small cell lung cancers.
• Around 60 per cent are non-small cell lung cancer.
• The remainder are rare types of lung cancer or cannot be definitively classified.
Cancer cells from other organs can also spread (metastasise) to the lung.
The treatment and outlook for lung cancer depends on the type of cancer, and how far the cancer cells have spread. Lung cancers may be:
• Contained within one part of a lung.
• Spread to several sites across the lungs.
• Spread (metastasised) to other parts of the body.
Most cases of lung cancer in Australia are detected at later, harder-to-treat stages.
Risk factors for developing lung cancer
• Exposure to tobacco smoke or other forms of smoke, including smog or traffic fumes.
• Exposure to radiation such as the radioactive gas radon, or chest radiation to treat another cancer.
• Exposure too other cancer-causing (‘carcinogenic’) substances.
• Gender: amongst non-smokers, females are at higher risk of developing non-small cell lung cancer.
• Age: lung cancer rates increase with age.
• Lung inflammation and scarring, from other lung diseases.
• Family history: close relatives of a non-smoker with lung cancer are more likely to get the same disease.
What we do know is that by quitting smoking cigarettes you can reduce the chance of lung cancer. The body will repair itself but the older you get the longer it takes to repair.
With most smokers there is always the underlying fear of lung cancer so it makes sense to stop smoking and remove that fear. According to Scientific American the most successful way to quit smoking is with hypnosis. The reason for this is that with hypnosis we can replace one habit with another such as breathing fresh air.
It makes sense to quit smoking cigarettes from a health aspect and also to remove that worry of lung and other cancers.

Previous Replace Smoking With?
Next Smoking, Past Connections