Smoking is just a suicidal habit that can lead to an early and miserable death. Just about everybody that I see wants to quit smoking because of the effect it has on their health. 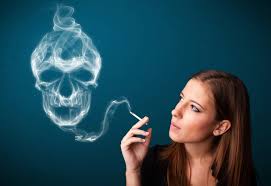 I had a woman who came to see me that said that she wanted to quit smoking cigarettes because it made her look older and that she did not like the control that cigarettes and smoking had over her. Her next statement said it all; she said that she had just turned 36 and was beginning to feel the health effects of smoking. She did not have as much energy and she was having shortness of breath.
The biggest problem with smoking cigarettes is that often the ill effects of health only kick in from about the mid-thirties. Most of my clients are from the mid-thirties upwards. I see very few people who are in the younger age bracket.
There are many ways to stop smoking but you will find that the most effective way to stop smoking cigarettes is to replace the habit of smoking with something else. If you do not replace one habit with another the chances of you permanently succeeding are slim to none.
I get lots of people who say they are afraid to quit smoking as the last time they did this they put on weight. This is because the habit of smoking was replaced by the habit of eating.
I know I am biased but if you do your research you will see that hypnosis is one of the best ways to quit smoking, especially if the process replaces one habit with another. The secret to quitting smoking is to replace the habit of smoking with another habit. It makes sense to do this rather than just remove a habit and leave a gap in the subconscious.
If you are serious about stopping smoking cigarettes, do your research and look closely at hypnosis.