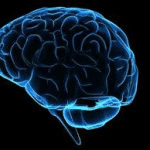 Within the mind of every smoker trying to quit rages a battle between the higher order functions of the brain wanting to break the habit and the lower order functions screaming for another cigarette (Science Daily, Mar 2007)
Brain scans reveal that there are three specific regions deep within the brain that appear to control dependence on nicotine and craving for cigarettes. These regions play important roles in some of the key motivations for smoking: to calm down when stressed, to achieve pleasure and to help concentration.
“If you can’t calm down, can’t derive pleasure and can’t control yourself or concentrate, then it will be extremely difficult for you to break the habit,” said lead study investigator Jed E. Rose, Ph.D., director of the Duke Center for Nicotine and Smoking Cessation Research. “These brain regions may explain why most people try to quit several times before they are successful.”
One region that lights up, called the thalamus, is considered to be the key relay point for sensory information flowing into the brain. Some of the symptoms of withdrawal among people trying to quit stem from the inability to focus thoughts and the feeling of being overwhelmed, and could thus be explained by changes in this region, according to the researchers. The researchers found that changes in this region were most dramatic among those who said they smoked to calm down when under stress.
Another region that lights up is a part of the pleasure system of the brain. Changes in this region, called the striatum, were most notable in people who smoked to satisfy craving and for pleasurable relaxation, the researchers said.
A third region that lights up, called the anterior cingulate cortex, is vital to cognitive functions such as conflict, self regulation, decision making and emotion. People whose brain scans showed the most differences in this region also reported that they smoked to manage their weight.
“This knowledge gives us new clues about brain mechanisms underlying addiction to cigarettes.