Most regular smokers will agree that a cigarette after a meal is one of life’s simple pleasures. Same with the wake-up smoke, the work-break smoke, the stress smoke and the morning coffee smoke. While smokers will list a variety of reasons why they continue to smoke despite the fact that half of them will die younger because of it, the real truth can largely be boiled down to one fact — they’re addicted to nicotine. Most people know the word, but many may not actually know what it is. Here’s the skinny: Nicotine is a naturally occurring colorless liquid in tobacco that turns brown when burned.

There is technology out there to remove most traces of nicotine from cigarettes. But tobacco companies don’t just ignore this fact – they go out of their way to add to and enhance the addictive properties of nicotine. There are eight patented ways to increase nicotine content by adding it to the tobacco after it is harvested. Five of them work to add nicotine to filters and wrappers. Another 12 are used to develop advanced technology to manipulate nicotine levels and develop new chemical variants. 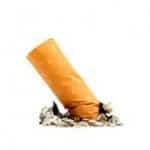 ­It’s no wonder that approximately two-thirds of adult smokers who wish they could quit smoking say they aren’t able to. It shouldn’t be a surprise that only one in 10 smokers can kick the habit of smoking. A astounding 50 percent of people who have surgery for lung cancer recover and reach for the pack again [source: FDA]. A cigarette contains about 2 mg of nicotine and that equates to a pack-a-day smoker delivering about 250 hits of nicotine to his or her brain each day [source: NIDA]. So quitting isn’t just about that one pack, it has more to do with those 250 hits. This helps explain why it’s so hard to quit cigarettes.

The Quit Smoking Expert, who in the past used to consult on growing tobacco and was an expert in curing systems for tobacco, understands the addictive and destructive nature of nicotine in cigarettes and now helps people to become successfully become permanent non-smokers through a four step process utilising hypnosis and NLP techniques. 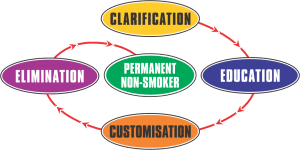