The sooner you quit smoking the greater your chances are of staving off a host of smoking-related health issues, including emphysema, lung cancer and heart disease. However, putting out that last cigarette is easier said than done. And it’s not 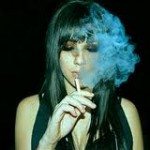 just adult smokers who have a difficult time quitting the habit.
A new study finds that teens experience many of the same negative psychological effects during abstinence as adults do, even if they had been smoking only a short time. Although, there are some exceptions to these findings, according to researchers at Brown University in Providence, Rhode Island.
“Adolescents are showing — even relatively early in the dependence process — significant, strong, negative
effects just after acute abstinence from smoking,”
In controlled experiments, teens who refrained from lighting up for nearly one day experienced withdrawal symptoms, smoking urges, negative changes in mood, and higher provoked cravings at levels similar to those previously measured in adults. Teens who abstained differed from the adults in two measures, however. They didn’t become more irritated by certain test sounds and they didn’t lose the capacity to still feel happy.
“In terms of the subjective negative reactions and the urge reactions, their patterns look remarkably similar to adults,” said Suzanne Colby, associate professor (research) in psychiatry and human behavior at the Brown center. “That is really interesting because they are smoking fewer cigarettes per day and they’ve just been smokers for a shorter period of time.”
In the study, published last week in the journal Nicotine and Tobacco Research, Bidwell, Colby, and their colleagues, measured a variety of psychological effects on 96 teens between 13 and 19 years of age. The teens were placed in three experimental groups: 22 nonsmokers, 47 smokers whom they asked to abstain for almost a full day, and 27 smokers whom they allowed to continue smoking. On average the smokers involved in the study smoked an average of 9 cigarettes per day and had been smoking for two years.
The standardized measurements were taken in two sessions for each group. For the abstainers the first session occurred before abstention and the second occurred during it. The researchers measured the smokers’ expired carbon monoxide levels in the first session to establish a baseline. The second session was used to confirm whether the teens had abstained or not.
The team found that measured craving levels in teens were just as high for neutral “provoked” cues, such as a pencil and paper, as they were for overt cues, such as a lit cigarette of their favorite brand. These teens’ craving levels and negative affect levels were already on high, said the researchers.
It was not that abstaining teens were having elevated levels of craving when shown smoking cues versus the neutral ones, the team said, but that their craving levels were already on high regardless of experimental cues. But when compared to those who continued to smoke or those who never smoked, the abstainers were found to exhibit stronger “peak” reaction from smoking specific cues than the other groups did.
At least now, researchers understand that abstinence in teens is just as intense as it is for older, more experienced smokers.

Previous Why can’t I quit smoking?
Next Nicotine should be banned