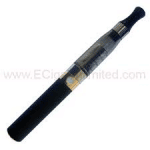 cancer! I was blown away by this belief as nothing could be further from the truth.
Nicotine is extremely poisonous and has and still is being used as a pesticide. The thing about the danger of inhaling nicotine is that it causes your blood vessels to constrict; this in turn raises your blood pressure. In other words every time you smoke you stress your body. When your body gets stressed it produces cortisol which is part of the fight or flight system. This means that your body then diverts your blood away from your extremities, it interferes with your circulation. Stress is a well-known factor to cancer so in effect by inhaling nicotine with an electronic cigarette you are not reducing your risks of cancer, you are increasing them.
My friend is not the only one to think that nicotine is relatively harmless and many people who come to see me at Quit Cigarettes in 60 Minutes in Capalaba think the same. The companies that sell nicotine have a lot to answer for, nicotine is harmful, it should be banned!!

Previous Teenagers Have As Much Trouble Quitting Smoking As Adults Do
Next Why Do I Smoke?