At Quit Smoking in 60 Minutes in Capalaba I have been researching some of the benefits of smoking. Most people will say that there are no benefits to smoking cigarettes, however you do nothing if you do not get a benefit, hence you do get benefits. 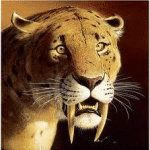 We must remember that the brain is quite primitive and still thinks that we are in the caveman times. If you are being chased by a great big sabre-toothed tiger then there is safety in numbers. When smoking allows you to be part of a group then there is safety in numbers. Ultimately the unconscious mind thinks by allowing you to smoke it is protecting you. This is where hypnosis is so powerful in that we can change this thinking and programming. In other words hypnosis allows you to go to the source of the habit.

The habit of smoking becomes a survival mechanism because:

Having helped many people to quit smoking for many years, Steve Gardiner says that even though the habit of smoking may be seen to be a survival mechanism it can still be broken.[gdl_gallery title=”GALLERY_TITLE” width=”GALLERY_WIDTH” height=”IMAGE_HEIGHT” galid=”1″ ]

Previous The Cost of Smoking
Next False Expectations Appearing Real