I was recently visiting a friend of mine when he declared to me whilst clutching his electronic cigarette, that he had stopped smoking. 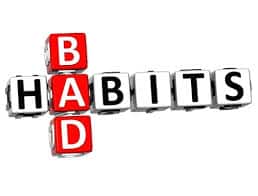 At first, I did not know what to say but I then said but aren’t you still smoking? He replied no, he wasn’t smoking cigarettes any more. When I asked him if the liquid in his electronic cigarette contained nicotine he said, yes it does and it is pure nicotine.

All he had done was replace one bad habit with another. He was still smoking even if it was not cigarettes. It still had control over his life, especially when you saw how much he was using the electronic cigarette.

What was the most disconcerting was that he could not see that nicotine was harmful. Nicotine is extremely poisonous and it is only the heat of your body that causes a molecular change that stops it from killing you. It has been used as a pesticide for many years. If you don’t believe me look at the gardening books from the 40’s and 50’s to see where they recommend nicotine for pest control.

When it enters your system, it causes your blood vessels to constrict which interferes with your blood circulation and opens you up to stroke. As for it being purer! This means that the poison that is entering your system is now more effective.

Stop smoking cigarettes by replacing the habit with one such as breathing fresh air or drinking more water makes so much more sense. When you decide to stop smoking look carefully at what new habit you are going to acquire.