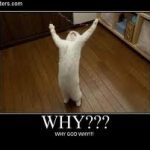 The other day at Quit Smoking in 60 Minutes in Capalaba I had a client who said that he had been doing drugs such as speed and ice for 10 years and had given it up but he couldn’t quit smoking! Why is this so?

The answer lies in the fact that the habit of smoking is linked to survival where drugs aren’t. As I have said previously 99.9% of my clients start smoking to fit in. the urge to fit in is very strong because our brains think that we are in the caveman times. If you are being chased by a sabre-toothed tiger then there is safety in numbers. Your unconscious mind thinks that by smoking you are part of a group and ultimately there is a higher chance of survival by being part of the group.

Here is the good news. In the past people started smoking to fit in as just about everybody smoked. These days with less and less people smoking people quit smoking to fit in. because smoking is a habit it can be broken by hypnosis and because the unconscious mind processes very quickly you can quit in 60 minutes.

Previous E Cigarettes: Good or Bad?
Next What’s Trust Got To Do With It?